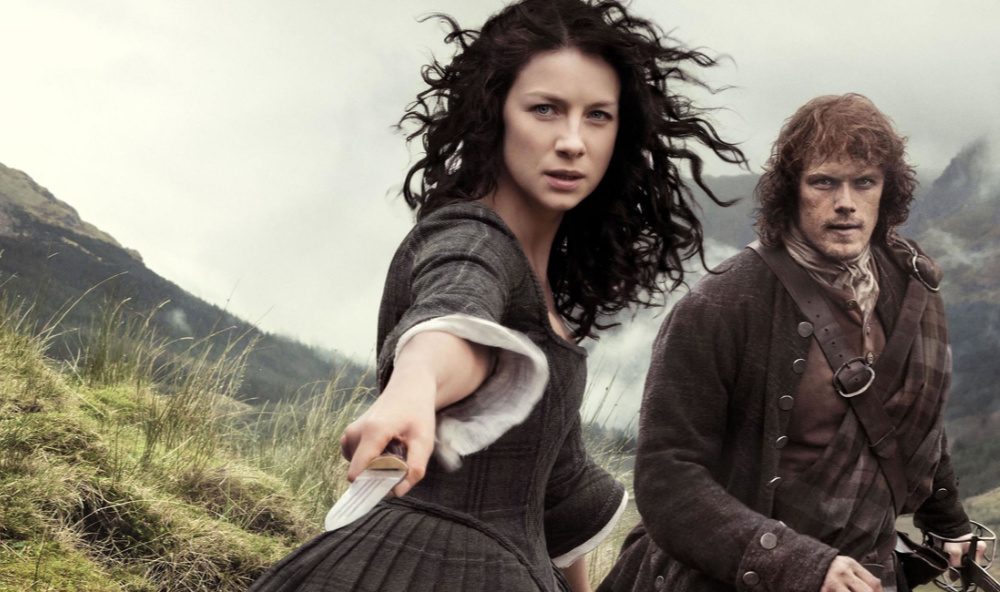 Today is an anniversary of sorts. I fell down the Outlander rabbit hole four years ago today. If you’ve been wondering if you should join me, here’s my best effort at convincing you that now is the perfect time to binge Outlander.

You might be wondering why I remember the day that I watched the first Outlander episode. I won’t bore you with the story of my initiation but you can read it here if you like. The point is, my life has quite literally never been the same.

Personal transformation aside, this show, based on the book series written by Diana Gabaldon, has brought me hours of joy as I’ve watched Jamie and Claire navigate the broken road that is their relationship. If there’s anything we could all use right now it’s a little joy. If joy, alone, isn’t enough here are a few more reasons.

We All Need a Change of Scenery

I’ve been working from home for nearly a month and I know the path that sunlight travels through the den that currently serves as my office. A month ago, I would have told you that it’s kind of dark in there until noon and it gets sunnier later in the day. I can now tell you the difference between 2:00 p.m. sunlight and 4:00 p.m. sunlight.

If this sounds at all familiar then you, too, could use a change in scenery. That change could be as close as your television remote. The first season of Outlander is resplendent with wide, sweeping shots of the Scottish Highlands that are nothing short of breathtaking. Season 2 includes these shots with a little Louis XV France thrown in for good measure. I don’t want to give too much away here, but trust me that beautiful scenery awaits you in each and every season of Outlander.

If the evening news is unbearable and social media just serves as a constant reminder that the world is on fire, let Outlander transport you to a simpler time, a time when the British were trying to crush Jacobite sympathies in the Highlands and bring the unruly Scots to heel. Oh wait, that doesn’t sound better at all!

Let me explain. The first two seasons of Outlander are centered around the Jacobite uprising in Scotland. I grew up with a deep love for history, but Outlander showed me that there were some significant gaps in my knowledge. Jacobites, the Highland Clearances, and Culloden never made an appearance in my text books. I also didn’t know the history behind the large numbers of Scottish immigrants to the United States prior to the American Revolution. It even turns out that some of these immigrants were my ancestors. If you love history and you want to know more about a time period that isn’t discussed much in America’s textbooks and classrooms, then you should definitely give Outlander a try.

If you don’t like history just keep reading. I think you’ll find that there is something here for everyone, well, maybe not small children.

Which brings me to “eye sex”. I don’t know if this term was coined by Outlander fans but I assure you that we use it a lot. In this time of social distancing, self-isolation, quarantine, and the endless terms that we’ve given to the fact that we’re staying the hell away from other humans to the extent possible, eye sex seems like the safest sex of all and let me tell you something friend, every season of Outlander is full of it.

The chemistry between Sam Heughan (Jamie Fraser) and Caitriona Balfe (Claire Randall) is palpable from the very first episode. These two make it abundantly clear what their characters feel for each other long before the script allows them to say the words. Their interactions are intense and engaging and, if the views of the Highlands didn’t leave you breathless, these moments will.

While we’re on the subject of Sam Heuhgan and Caitriona Balfe, let me just say that these two hit the genetic lottery. I don’t want to distill any show into the flesh that it reveals and I also don’t want to objectify these two fine actors.

However, if you’ve been locked in your house for a month watching your quarantine body get fluffier by the day (or is that just me?) then Outlander might be just what the doctor (Dr. Ruth) ordered.

Not a Pair of Yoga Pants In Sight

Since day one of working from home, my wardrobe has been yoga pants and a t-shirt. It’s not sexy. It’s not even mildly attractive but it makes the constant transition from department manager to mom and back to department manager a little more bearable. If I’m doing all the work at the same time, at least I’ll be comfortable!

I have always been a huge fan of the costumes in Outlander, but they’ve become a little more meaningful in the current climate. Whether Jamie and Claire are wearing plaid and knitware or the fanciest of garments (tryin’ real hard not to spoil anything guys) their costumes are absolute escapism and I can’t get enough.

Terry Dresbach is the genius behind the costumes in the first four seasons. She and her crew painstakingly researched the era to present viewers with accurate representations of period dress. If you want more 18th century fashion, check out Terry’s Twitter feed. She frequently posts sketches of designs and photos from the studio that range from close-ups of buttons (seriously, the fabric covered buttons are amazing), to fittings. Terry’s feed is its own rabbit hole just waiting to be explored. Her website also has a section devoted to Outlander costumes.

I’m not exactly living in the golden age of communication right now. Most of my daytime conversations bounce around from trying to pay attention to and/or lead video conference meetings overrun by pets and toddlers to taking lunch orders and opening the diner that sits opposite my office. That diner would be the kitchen…my kitchen. My partner and I still have lovely conversations in the evening once the work madness wanes but it’s hard to steer clear of the corona virus-carrying elephant in the room.

That’s what makes Jamie and Claire’s quiet moments of conversation all the more timely. To hear Jamie ask “What it is between us, when I touch you, when you… lie with me? Is it always so between a man and a woman?” reminds us that there is still tenderness and innocence in this world even when it feels like everything has gone dark .

The last time I asked my love what it was between us, I was trying to figure out if the thing on the table between our easy chairs was a piece of chocolate or a hairball from the cat. These are not sexy times ya’ll, and Jamie and Claire give us hope that one day the sexy times might return. For now though, we’re under the watchful eye of a teenager who seems to have dedicated herself to ensuring that our moments of affection don’t go beyond the occasional quick kiss.

For the record, I find Jamie and Claire’s conversations so moving that I wrote posts covering my Favorite Lines of Love from Seasons 1 and 2 and again for Season 5. Spoilers abound so read them at your own risk.

Prior to Outlander, I had never watched a show or a movie and thought to myself “wow, what an amazing set.” Enter the wizardry of one Jon Gary Steele. This magical being created sets that Outlander fans have come to love as much as the characters. The Star Chamber, The Print Shop, Claire’s Surgery, and The Big House are a just few.

If you, like me, have grown weary of watching the sun move across your office floor, then you owe yourself some time with Outlander. Jon Gary Steele’s sets will transport you to another world. Mind you, this world has its own problems, but they play out in such sumptuous surroundings that it’s easy to forget about them; for a few minutes at least.

Speaking of transporting to different worlds. I’m a big fan of this meme that’s making the rounds on social media.

Time travel has always a fantasy of mine and I’ll be honest, it’s beginning to sound a little better every day. I know that every time period is rife with suffering, disease, human rights atrocities, and terrible leadership. I also know that I would love to spend an afternoon in 1743 Scotland breathing fresh air and sharing a meal with extended family. Sure, the British would be right around the corner plotting their next move, but just for a few minutes it would be lovely.

If you also fantasize about a time when you can gather with your own clan and share a meal, then lose yourself in Outlander and pay particular attention to the Season 1 episode titled “The Gathering”. If your family is like some, you won’t even be surprised when a drunk uncle tries something stupid and gets knocked unconscious. Oh, how I miss family reunions.*

If you’ve gotten this far I want to be clear on a few things. I don’t take this pandemic lightly. It’s terrible and cruel and it has turned a routine task like grocery shopping into a life and death proposition for both shopper and store employees. Too many people I know are sick or lonely or afraid and it’s enough to keep my fragile heart in a constant state of brokenness.

Despite the darkness, we must continue to search for joy and light wherever we can find it. If you don’t find it in Outlander I hope you can find it somewhere else, because we all need a little more light in our lives. If you find that you have plenty, I hope you can share your light with someone else. That is what will get us through this.

*Also, I know that my family would want me to be clear that I don’t, in fact, have any drunk uncles. I come from a long line of teetotalers who served nothing stronger than sweet tea at family gatherings.

One more thing, if you decide to watch Outlander you might want to read this post about how your life could change. Don’t say I didn’t warn you! 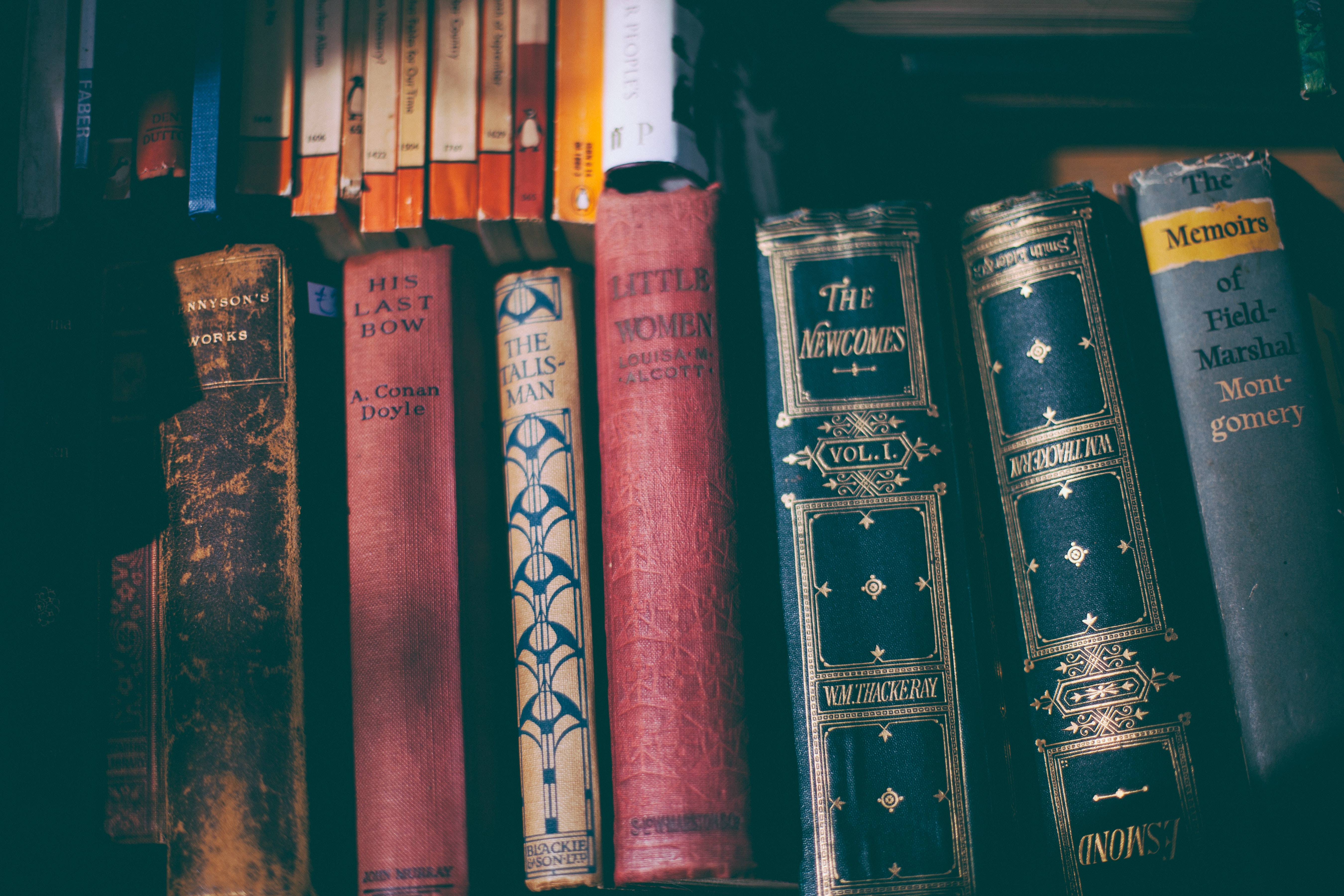 Books Are Better Than Airplanes 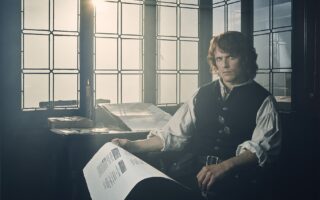