Don’t look back. It’s the advice that I give myself when I am tempted to second-guess decisions or when I’m contemplating spending an evening with regret. It’s pretty rich coming from me, the woman with her head stuck forever in a history book or caught up in a feverish chase to find an ancestor who died 150 years ago. Pro tip: dead ancestors don’t move quickly and there is never a need to pursue them feverishly.

I don’t look to the past to fix it or dwell on mistakes. I look to the past to understand my present. I search for my ancestors because I have an inexplicable need to piece together their stories from the fragments that remain in photographs and documents. I want to preserve their voices. I want their stories to be remembered even if their stories involve warnings about not marrying the kind of man who would whisk you out of your wedding ceremony and into a closed carriage and drive you around town while his friends and the townspeople hoot and holler and you cry. Sorry, Zora Pearl Gastineau, that must have been terrible.

In the past year, I’ve had the good fortune to do a lot of looking back and I’ve made significant progress in filling in the branches of my family tree (even though not all the branches fork if you know what I mean). The irony of this deep research is that I was able to do it because of the pandemic. Without a daily commute for the first eight months of the year and an extremely limited social calendar, I spent hours in the basement office that we created to make remote work easier, communing with Ancestry.com and devouring census records.

All the while, I continued to work full-time and, I’ll just be honest here, barely hold my shit together. I found myself repeating a mantra of “this is hard” more often than I care to admit. If you know anything about mantras, you know that’s a terrible one and completely counterproductive to the process but “terrible and counterproductive to the process” is precisely how I would describe 2021.

I’ve taken some time in the last few days to think about why everything felt so hard. It’s not that what we were doing was actually difficult. I didn’t develop a vaccine or manage the logistics of getting that vaccine into arms. I didn’t work in healthcare or on the frontlines. I just ran a couple of academic departments at a university. It’s the same thing, more or less, that I had been doing since 2008. Why was this so different?

It’s because everything was the same until it wasn’t and we never knew when it was going to change. You could make a plan on Tuesday morning that was irrelevant by Friday afternoon. Everything changed at some point but you couldn’t plan for the change, you just had to know it was coming and be prepared to pivot (my least favorite word of 2021 followed closely by modality). This constant state of change, pending change, fear of change, planning for change left me, my co-workers, and the rest of the world tired and feeling helpless. I was burned out in August. By December, I was numb.

I was so looking forward to a week off to rest, spend time with family, restore, and return to the office with a renewed sense of spirit. Then my family tested positive for COVID the day after Christmas and it quickly became apparent that I would get none of the restorative time that I so desperately needed. I won’t dwell on the Covid thing other than to say that my husband, daughter, and I became our own little Covid hotspot and wound up infecting nearly everyone who spent Christmas Day with us. It sucked. Deeply. Thankfully, we are all on the mend and none of our most vulnerable family members were infected.

As I sit here in my pandemic office, isolated from the rest of the world, I really want to scream, “Even Christmas was hard!” But it really wasn’t hard. It was unpleasant and disappointing and even a bit scary at times but it wasn’t hard. We were all vaccinated and had booster shots. We hacked, and ran fevers, had body aches and headaches, and felt like our eardrums might rupture but nothing we did was hard. We just had to lay around wrapped up in blankets and watch satellite television for the week.

Today in my ancestor search, I met Reuben Franklin Gastineau. Reuben was born in Pulaski County, Kentucky in 1857 and he married Dora Claunch in 1886 when he was 29 years old. In 1906, for reasons that I may never know, Reuben (now 49) and Dora left the lands that had been farmed by Gastineau’s for over 100 hundred years and moved to Bozeman, Montana. They had six children between the ages of 20 and 5.

How did Reuben and Dora and all those kids get to Bozeman? Did they use a farm wagon? Did they take a series of trains? Did they do a bit of both? Either way, can you imagine the coordination involved with that kind of move? It doesn’t look like the family had much money so it wouldn’t have been as easy as deciding to leave everything behind and buying new when they arrived at their destination. They would have looked at every single item in their house and made a decision about whether to take it with them or leave it for the extended family that would stay behind.

However their journey was made, it was done successfully. Reuben, Dora, Joseph Edgar, Matison Price, Carl D, Benjamin Franklin, Anna J, and Maurice all made it safely to Bozeman. Fred was born into the family in 1907.

For the next twenty years, Reuben and Dora appear in the Bozeman directory moving from small house to small house. In most years, Reuben is listed as a rancher. Dora worked as a “sorter” for a construction company for a year. Their seven children grew and built their lives in Bozeman and eventually headed off in search of their own destinies. Some went to Oklahoma. Some went to California. Some stayed in Montana. By all accounts, they thrived with most of the children living into the late 1970’s and early 80’s. Their descendants are scattered throughout the American West even today.

After spending some time thinking about Reuben and Dora and what it must have been like to pull up stakes in middle age and attempt a do-over, the last year doesn’t seem that hard. Yes, there were actual hard times. My grandmother died in February and we’re all still reeling from her loss. We were separated from loved ones due to flight and travel restrictions. Those things were hard. Reuben and Dora would have known something about that too. They would have left Kentucky knowing that they were seeing their families for the last time. Everything else though? It wasn’t hard. It was mentally exhausting. It was depressing. It was trying.

I’m not making any resolutions for 2022 because the last two years have been such jerks. However, I have decided that when I start to feel like everything is hard, I’m going to ask myself if it’s “pandemic hard” or “moving to Bozeman with six children hard.” When framed that way, I’ll take “pandemic hard” any day of the week. Wouldn’t you? 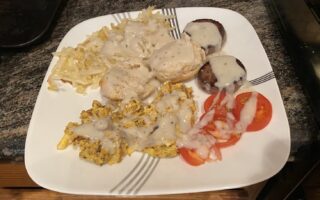 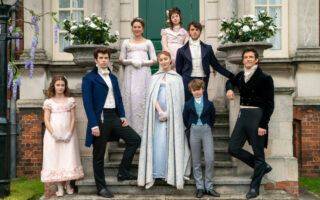 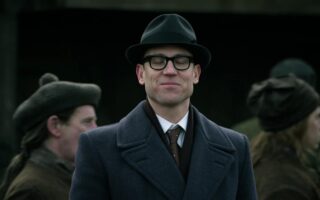